Joseph, “The Quiet Man,” an Inspiration 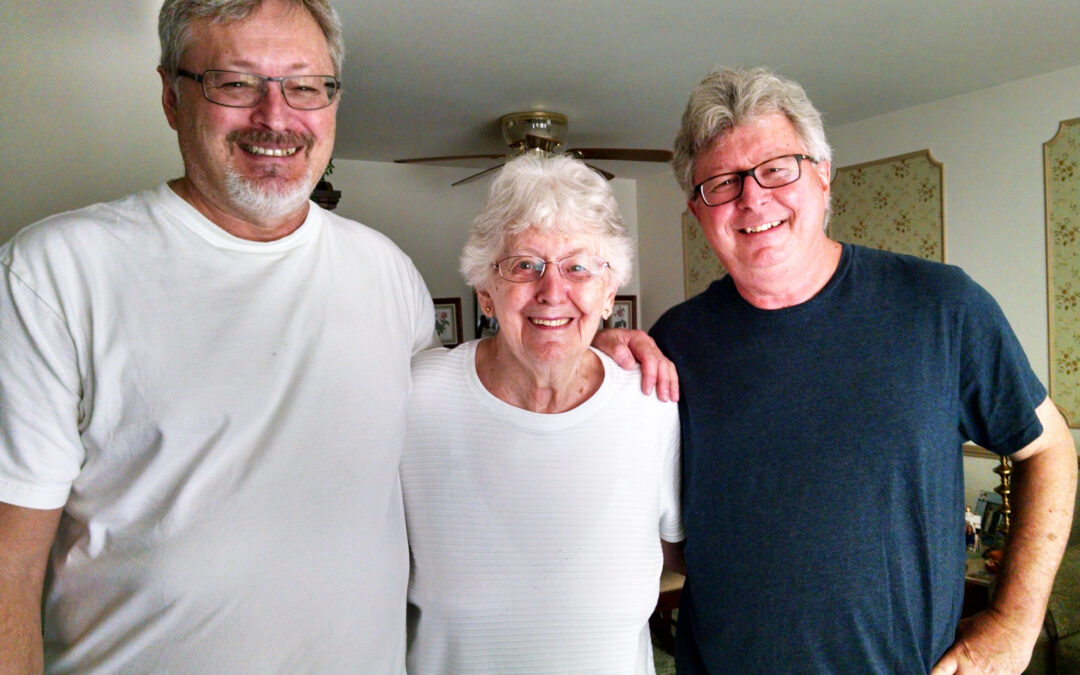 Fr. Joseph Nassal, C.PP.S., a member of the Kansas City Province of the Missionaries of the Precious Blood. An author and former provincial director, he is now engaged in retreat and renewal ministry.

How or why did your parents choose the name Joseph for you? 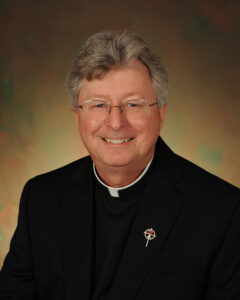 Joseph was my father’s name and his father’s name. Though my dad’s father died when my dad was only four years old, so we knew very little about him. As we were growing up, I was rummaging through a box of old photographs and found a picture of my paternal grandfather holding my father when my dad was one or two years old. Looking at my grandfather’s face, I finally found out where I got my nose!

I was mostly called Joe as I was growing up and throughout my life, though I knew I was in trouble when I heard Mom call me, “Joseph!” This happened recently when I was home to visit Mom. Since she is 93 and no longer drives, I did the grocery shopping and found most everything on her list. But as she was making a sandwich for lunch, I heard her yell from the kitchen, “Joseph!” Turns out the head of lettuce I thought I was buying was actually a head of cabbage. Being her resourceful self, Mom shrugged and made coleslaw.

Do you consider Joseph a personal patron saint? Can you describe the connection that you feel with St. Joseph?

I do consider Joseph my patron saint and have relied on his witness of faith throughout my life. Though I didn’t make the connection at the time, one of my favorite assignments in ministry was as a deacon at our parish in St. Joseph, MO. The parish is named for the patron saint of the Missionaries of the Precious Blood, Saint Francis Xavier. Inspired by these two patrons, those six months were marked by the founding of the House of Bread, a food pantry that continues to serve the needs of the poor and homeless more than 40 years later.

My two favorite images of Joseph from the Scriptures remain a constant source of inspiration for me. The first is Joseph as the original “Quiet Man.” He doesn’t say a word. In fact, when he learns his beloved Mary is pregnant, because he loves her and doesn’t want to expose her to ridicule and shame or worse—the law said a woman in Mary’s condition should be stoned to death—he “decided to divorce her quietly.” Everything about Joseph is quiet.

Though he is mentioned often in the infancy narratives of Luke, Joseph never speaks. John’s father Zechariah, rendered speechless because of his lack of trust, once his tongue is freed waxes eloquently in the canticle that we pray every morning in the Liturgy of the Hours. Mary sings her Magnificat in response to the angel telling her she would be the mother of Jesus. Even old Simeon who meets the couple when they bring their newborn child to the temple is given a canticle in Luke’s Gospel.

But in response to the angel’s words to him, Joseph is silent. He doesn’t say a word. The Gospel of Matthew even tells the story about the birth of Jesus from Joseph’s perspective. It begins with the genealogy that places Jesus in the line of King David and tells of three dreams given to Joseph. Which brings me to the second image of Joseph the dreamer.

In the first dream, the angel tells him that Mary hasn’t betrayed him but rather her pregnancy is the result of the Holy Spirit so Joseph should trust in God and take Mary as his wife. After the birth of Jesus, an angel appears to Joseph in another dream and tells him that King Herod is on a rampage. He should take Mary and Jesus to Egypt until Herod finishes his slaughter of the innocents. Then when Herod dies, Joseph has a third dream in which the angel tells him to take the Holy Family home where the Scriptures notes “he settled in a town called Nazareth.”

Like his namesake in the book of Genesis, Joseph was a dreamer. Though he doesn’t wear a multi-colored cloak and his hands are rough and calloused, Joseph trusted in the power of his dreams. The three words that define Joseph in the Scriptures are: “When Joseph awoke.” When Joseph woke up from his dream, he did as God had commanded him. He acted on the dreams God had communicated to him through the angel. Though he could not comprehend all the implications, Joseph trusted in the promises of God.

I have heard that Pope Francis places his prayer intentions at a statue of a sleeping St. Joseph that he has near his bed. He often tells people he will let St. Joseph sleep on their intentions because when Joseph wakes up, God’s will be done.

At times when we face difficult decisions, we sometimes say, “I’ll sleep on it.” With the morning’s light, new clarity may come. So, Saint Joseph “slept on it” and in his dreams he found his answer to his prayer.

Blessed are we when we remember our dreams and act on them.