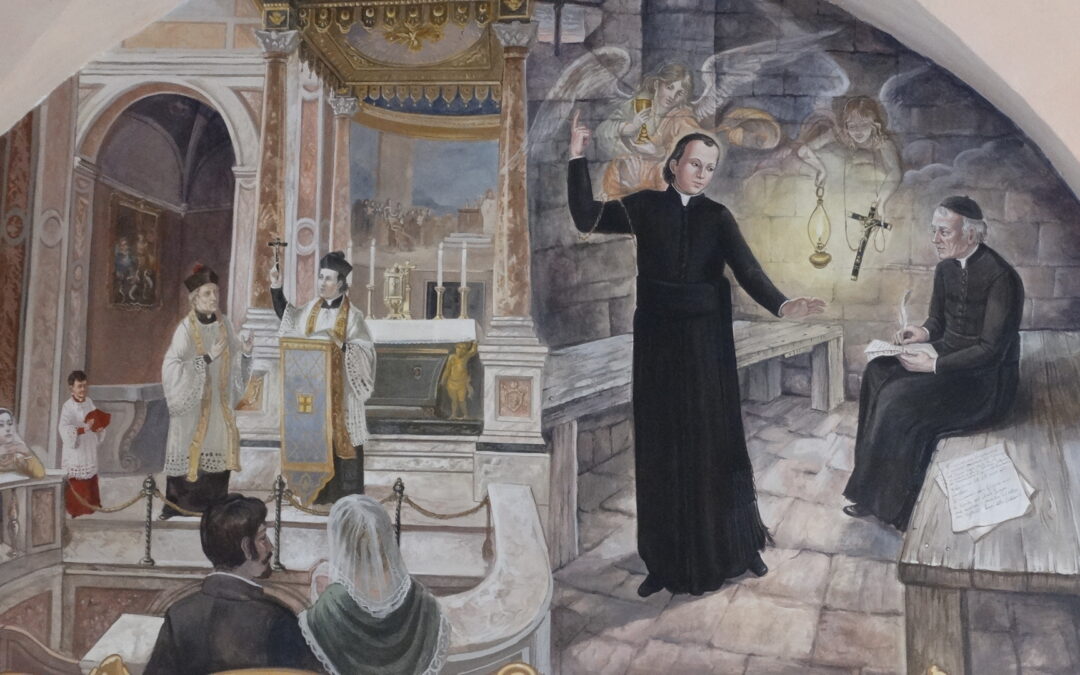 A message on the anniversary of C.PP.S. founding from
our Provincial Director Fr. Jeffrey Kirch, C.PP.S.

On this day in 1815, St. Gaspar del Bufalo founded the Missionaries of the Precious Blood in Giano, Italy. St. Gaspar was a man of vision and positive movement. He undoubtedly had an idea of what his new congregation would look like – though he was starting very small, with just a few members and hardly any way to sustain them. He trusted that if he spent time in prayer and was willing to put in the work, God would show him the way forward.

Similarly, as we look forward to the creation of a new United States Province, we know that if we turn to God with willing hands, God will place us where we need to be. In 206 years, we have never been alone. God guides us, and the people we serve walk with us. We look forward to the future in faith, as together we say, St. Gaspar, pray for us!

Image: Mural of St. Gaspar at San Felice Abbey in Giano, Italy, the birthplace of the Congregation.