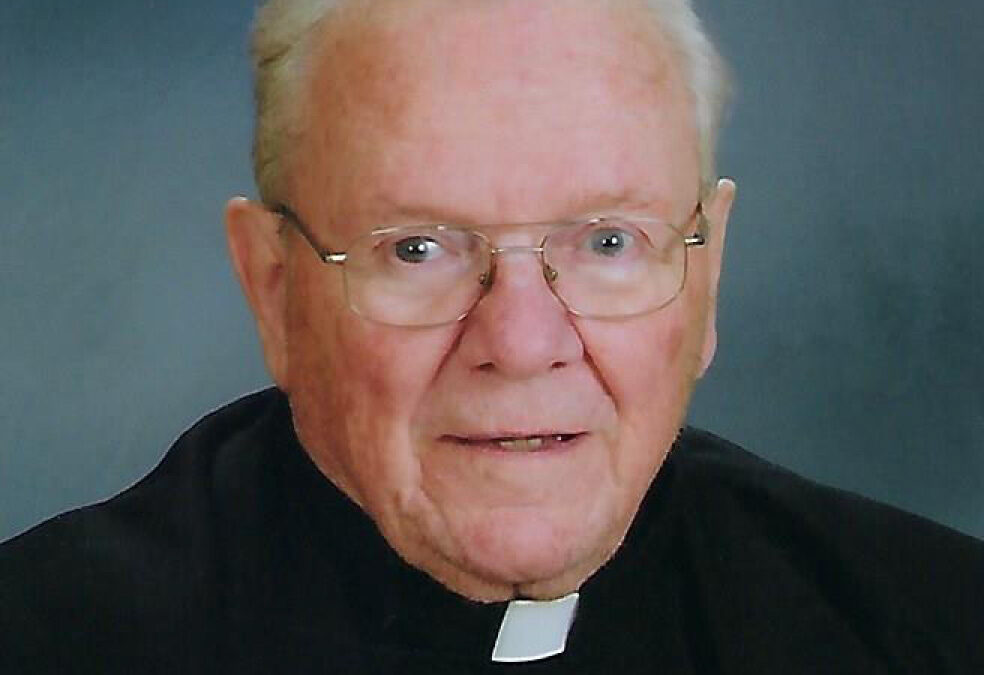 The Missionaries of the Precious Blood (C.PP.S.) are pleased to announce the 60th anniversary of the ordination of Fr. Leon Flaherty, C.PP.S.

After his ordination, Fr. Flaherty served as an instructor at Brunnerdale, the Congregation’s high school seminary near Canton, Ohio.  In 1970, he was named director of vocations and later became director of formation.  He was also the chaplain for firefighters in Jackson Township of Stark County, Ohio.

In 1978, Fr. Flaherty was named to the retreat team at the retreat center in Maria Stein, Ohio. During that time, he was also elected to the leadership of the Congregation. In 1982, he was elected vice provincial director of the Cincinnati Province. He served on the general curia of the worldwide congregation from 1983–89.

Fr. Flaherty continued his retreat and renewal ministry, moving to Columbus, Ohio, in 1989. In 2000, he returned to parish ministry in the Diocese of Superior.  From 2000 to 2001, he was the associate pastor at St. Anthony’s parish in Superior; then from 2001 to 2002 he was the associate pastor at Queen of the Universe parish in Woodruff, Wis. Fr. Flaherty served as the associate pastor of the Cathedral of Christ the King in Superior from 2002-09. During that time, he was also active in the Twin Ports Ministry to Seafarers, an interdenominational service to the sailors working on the Great Lakes freighters. He also ministered from 2009-12 as senior associate pastor of St. John the Baptist Church in Whiting, Ind.  He returned to Superior in 2012  and is now in full retirement.