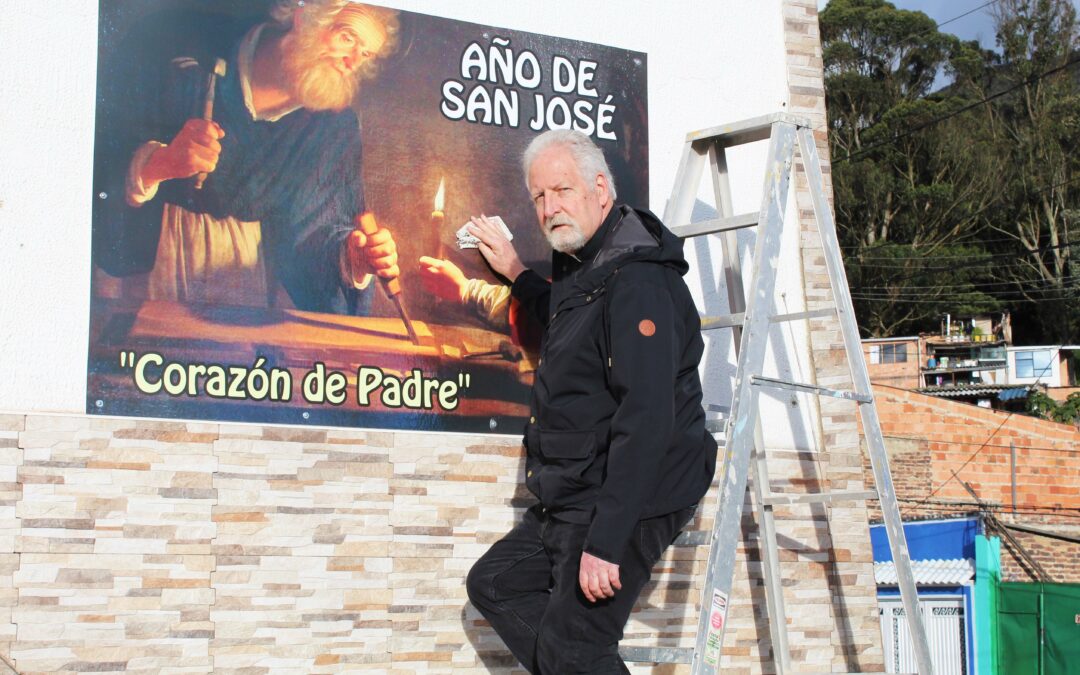 When I was a child, my dad would always tell me that I was named Joseph because my birth was only a few weeks after Christmas and that St. Joseph had played such an important role as a father and caretaker. A picture of St. Joseph always hung above my bed, and each night my father would pray that he would watch over me as well.

I always considered that as the principal reason why I was named Joseph, but only later, when I was much older, I discovered that my grandfather, whom I had never met, was named John Joseph. My older brother has the name John and being the second male, I was named Joseph.

The picture of St. Joseph that hung above my bed when I was a child has always been a vivid part of my memory of growing up. In grade school, at the parish church, there was a large statue of him off to the side. I would go to talk to him and on many occasions asked for his help. 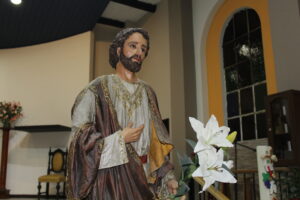 Inspired by St. Joseph, I thought that one day I could become a carpenter. It was one of my interests while growing up. At 14, I entered the Missionaries’ Brunnerdale High School Seminary as a brother candidate. During my time there, I always admired the work of Br. Oliver Weaver, C.PP.S., a carpenter by trade and one who was always willing to serve the Community and be a source of its hospitality.

I discovered eventually that I was not endowed with the skills to be a carpenter and that the Lord was calling me to something else. In my last year of studies, the Lord made it clear to me that I was to pursue the priesthood and to prepare myself to be part our foreign missions in Latin America.

Off to Saint Joseph’s

I then attended Saint Joseph’s College in Rensselaer, Ind. They were years of personal transformation and were very challenging to me. It was there that I began to define myself and discover my creativity. I always felt that St. Joseph was present to me and was a guide in those moments when I was confused or making poor decisions. It was as if he would bring me back to the path that was chosen for me, as a father would do for his son.

In my third year, I studied in Germany for a semester. During that time, I also was able to live from time to time with our Community in Salzburg at Kolleg St. Josef. It was there that I discovered the deep devotion that

the Germans have to St. Joseph and I came to appreciate that as part of my cultural roots. 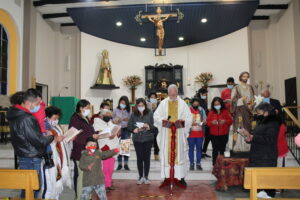 I was ordained a priest in June 1982. I celebrated my first mass at St. Joseph Church in Dayton, where Missionaries are still in ministry. My parents by then were living in Mississippi and I no longer had ties to the parish where I grew up. I chose St. Joseph Church because I could identify with him and I had developed a sense of gratitude for the role he plays in my life.

In this year dedicated to St. Joseph, I took time out to develop a novena in his honor. In preparation for his feast day in March, the people of the parish where I now serve, Our Lady of the Alps in Bogota, Colombia, came together for nine days to reflect on the life and virtues of St. Joseph. Each Wednesday, we celebrate a votive mass in his honor and afterwards, we continue our reflections and our prayers for his intercession.