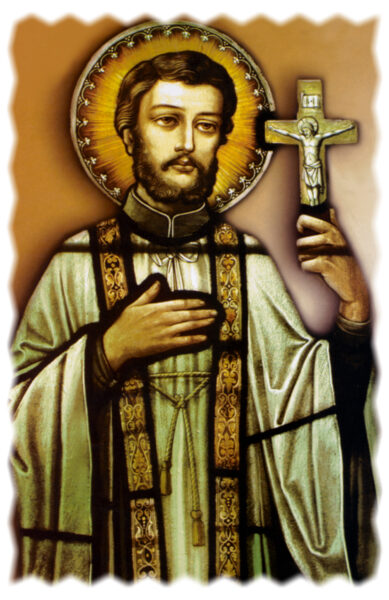 December 3 is the Feast of St. Francis Xavier, who is the patron of the Missionaries of the Precious Blood.

Fr. Francis Xavier, priest and patron saint of the C.PP.S., lived to be only 46 years old—born in 1506 in Navarre, Spain, and died in 1552 on the island of Shangchuan (Sancian) on December 3 in the sight of the goal he was never to reach, which was China.

In early life, our founder, St. Gaspar del Bufalo, was fully indebted to St. Francis Xavier who cured St. Gaspar shortly after birth when a bad case of measles almost cost Gaspar his eyesight. Gaspar was cured by a relic of Francis. Hence, Gaspar had always a great love for St. Francis and eventually chose him as our patron.

St. Francis Xavier was a Jesuit. He studied at the University of Paris and there met Ignatius Loyola. Ordained in Venice in 1537, Xavier was one of the first seven Jesuits to take their vows. Soon after, as a Jesuit missionary, he was sent to the East Indies. In 1541, the Pope appointed him apostolic nuncio to the Indies. Later on, he spent three years at Cape Comorin, southern India by Sri Lanka, ministering to the people and baptizing them by the thousands.

St. Francis visited lands near New Guinea and Philippines, and Japan itself. Finally, he set out for China, which he always dreamed of evangelizing, but his death stopped him. Francis Xavier, with the possible exception of St. Paul, was the greatest and most successful of all Christian missionaries. He traveled thousands of miles to the most inaccessible places under the most harrowing conditions. His converts were in the hundreds of thousands and his missionary impact in the East endured for centuries. Working with inadequate funds, little cooperation, and often actively opposed, he lived among the people he served and won them to Christianity by the fervor of his preaching, the example of his life, and his concern for them. His miracles are legion, and his conversions are all the more remarkable.

He was called “the Apostle of the Indies” and “the Apostle of Japan.” He was canonized in 1622 and was proclaimed patron of all foreign missions by Pope Pius X. St. Francis Xavier, pray for us. 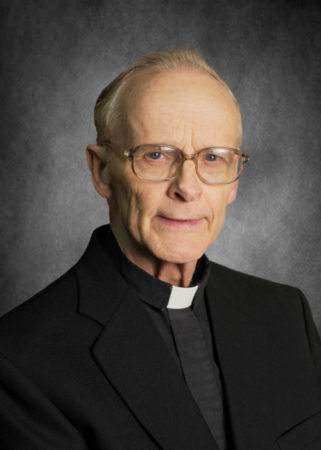