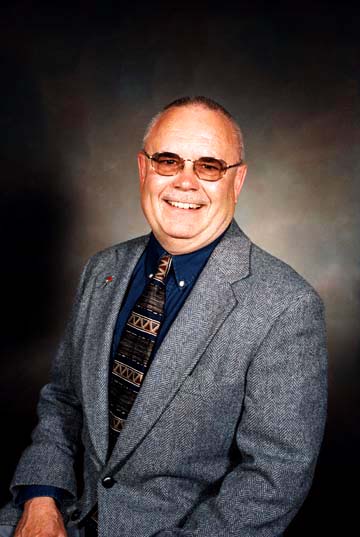 Brother Tim was born on August 31, 1947, to the late William G. and Cecilia (Recker) Hemm. He entered the Missionaries of the Precious Blood in 1961 and was professed a brother on August 15, 1968. He was active in education ministry for many years.

Brother Tim performed many functions at the college. At first, he oversaw the college’s motor pool and volunteered at St. Augustine Parish in Rensselaer. Later, he was the director of campus ministry at the college, organizing liturgies, Kairos retreats and innumerable other events to encourage students in their spiritual growth and help them find a home on campus. He also served many years as the Missionaries’ local director at the college.

Called “BT” by SJC students, Brother Tim was a constant presence on campus, remaining even after the college’s operations were suspended in 2017 to help in whatever way he could with the maintenance of the place that he loved so much. That love extended to the woods and fields surrounding the college; Brother Tim was known as an excellent hunter and fisherman.

Poor health led him to move to St. Charles Center in 2020, and there he was reunited with many friends and brothers in community. They helped him in his last years, as he had helped so many in his life.

He is survived by two brothers, Thomas Hemm, C.PP.S., who was by his side in his final months at St. Charles; and Will (Cindy) of Crescent City, Calif.; and several nieces and nephews.

He was preceded in death by his brother, Joseph, and sister-in-law, Anne.

Brother Tim had a missionary heart. During his long ministry in Rensselaer, Brother Tim lived at the crossroads of so many lives that he became a landmark. He was a cultural touchstone known to nearly everyone who passed through Rensselaer, St. Augustine’s Parish or Saint Joseph’s College for nearly 50 years.

Brother Tim committed his life to supporting young people in their faith, especially as they transitioned from youth to young adult. It was his genuine nature that helped him accompany young people for so many years, staying young at heart himself through aging and infirmity. He approached his ministry with a humble heart, often serving behind the scenes. In doing so, he inspired young people to ask real questions of themselves and their faith and seek out the God moments in their lives.

A Mass of Christian Burial was celebrated at 2 p.m. on Monday, February 28, 2022, in Assumption Chapel at St. Charles Center. Fr. Jeffrey Kirch, C.PP.S., provincial director, presided and Fr. Denny Kinderman, C.PP.S., was the homilist. Burial followed in the Community cemetery.

Memorial donations may be made to the Missionaries of the Precious Blood.