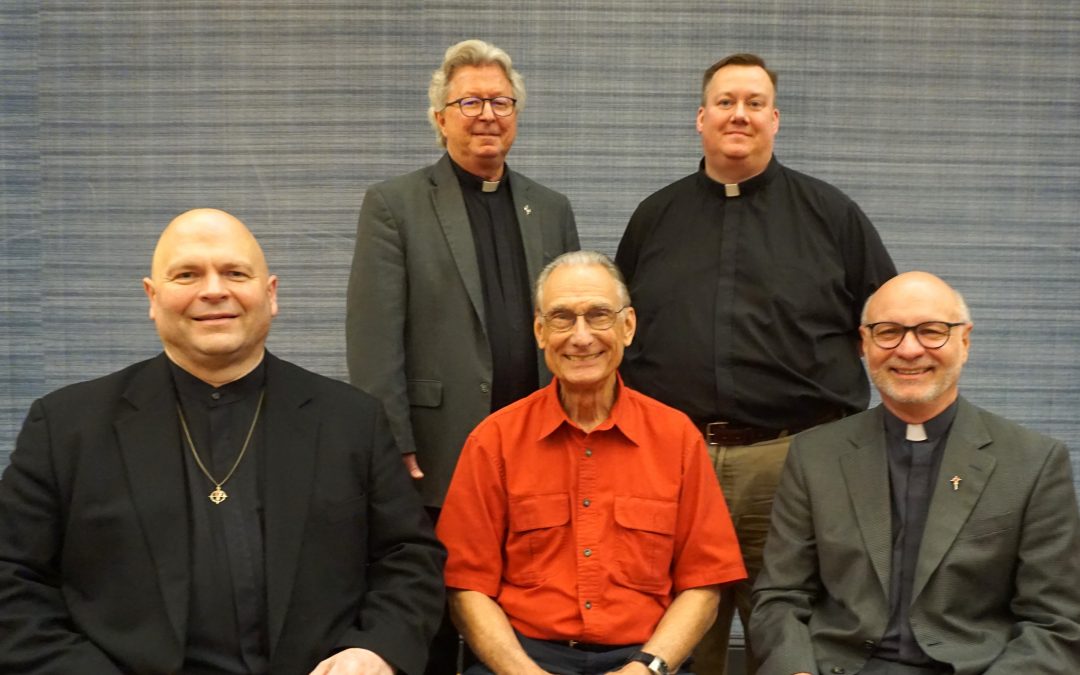 Earlier in the day, the Missionaries elected three more to the provincial council: Fr. Ben Berinti, C.PP.S., second councilor; Fr. Ron Will, C.PP.S., third councilor; and Br. Daryl Charron, C.PP.S., fourth councilor. Fr. Berinti previously served as vice provincial of the Cincinnati Province and is the pastor of Immaculate Conception Church in Melbourne Beach, Fla. Fr. Will is the director of the Precious Blood Renewal Center in Liberty, Mo. Br. Daryl Charron is a former member of the provincial council of the Kansas City Province and serves as the Missionaries’ director of initial formation.

In his homily during the closing liturgy, Fr. Berinti drew a parallel between the Magi in search of the Christ child, and the Missionaries setting out as a new province.

“How do we find our way? First and foremost, the Magi were in community. They traveled in the company of one another—wise enough to know this is the best choice when setting off with no ready-made chart that lays out the course.

“All they had to illuminate their terrain and guide them was a star. This is where their map began: with a burning light, with a step taken, with the company of others gazing in the same direction.

“And why did they risk?  My only certainty is that they were being true to who they were. Their life’s work was the stars—and by remaining faithful to their vocation—they not only carried extravagant gifts, they received unbounded gifts.

“As it was for the Magi, as it was for Gaspar, Merlini, Brunner and Maria—so it is for us.”

The week’s liturgies were rich in symbolism and prayer. During Wednesday’s liturgy, Companions were honored as an integral part of the Congregation. In his homily, Fr. Keith Branson, C.PP.S., (whose birthday is today!) said that he was first introduced to Precious Blood spirituality through the Companions of St. Joseph, Mo.

At their gatherings, he said, “I found something I’d been looking for, and in 1992, I made my first covenant. Walking with them helped deepen my faith and helped me understand the spirituality of the Precious Blood.” He was ordained in 2000.

Companion Nancy Clisbee of the St. Joseph, Mo., group offered a reflection after communion that defined the relationship of Companions with the Missionaries: “We are a cloud of co-workers and witnesses to your radical presence in our world. We share your mission to draw all nearer to Christ by His most Precious Blood. We pray, we reach out to, and care for our neighbors. We are food pantry volunteers, communion ministers, social service workers, medical workers, immigration workers, lectors, visitors to the homebound and more. At our Companion gatherings, we affirm our solidarity with the mission and the people of the Precious Blood family. . . . We draw on the inspiration, the help and the experience of our sponsors and all members of the wider Community.”

Please pray for those in leadership and all the Missionaries and Companions of the new province, as they continue to follow God’s call to serve all of God’s people, especially those on the margins of society.