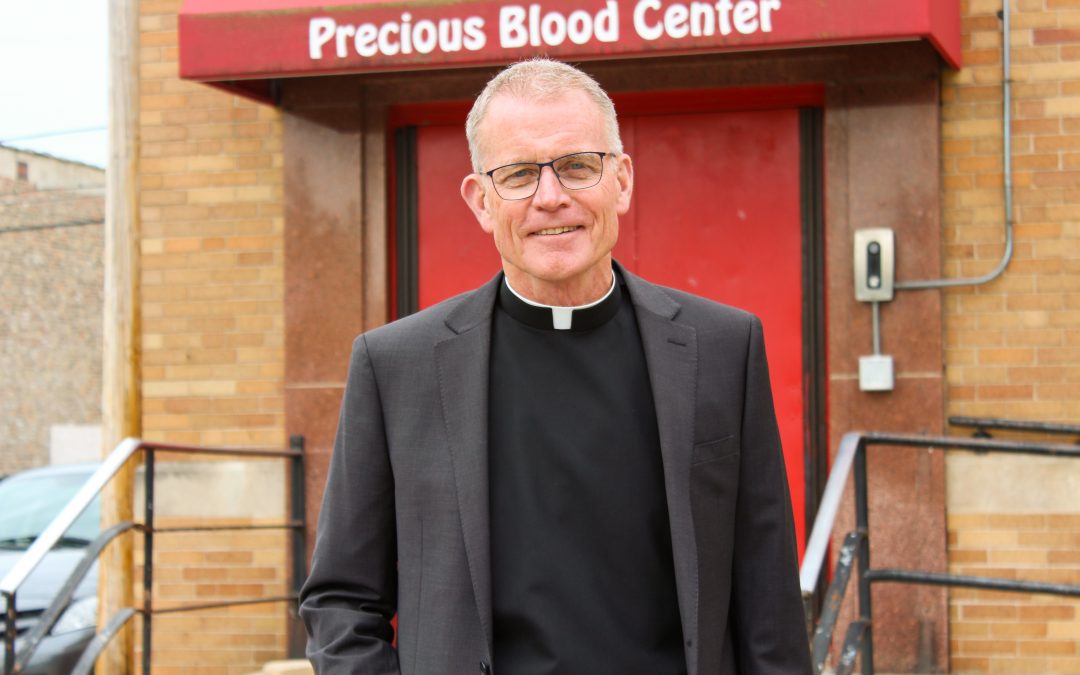 Fr. David Kelly, C.PP.S., is celebrating the 40th anniversary of his ordination this year.

Fr. Kelly, who grew up in Greenville, Ohio, was incorporated as a Missionary of the Precious Blood on June 30, 1978, and was ordained on June 12, 1982, at Immaculate Conception Church, Celina, Ohio.

After his ordination, Fr. Kelly served as an associate pastor at St. Joseph Church in Dayton, and soon became a chaplain at the Montgomery County Jail. In 1985, he was named associate pastor of Assumption Church in Chicago, and also began his ministry at Kolbe House in Chicago, a parish-based jail ministry of the Archdiocese of Chicago, since 1985. For more than 30 years, he has worked as a chaplain in Cook County Jail and Cook County Juvenile Temporary Detention Center.

In 2002, Fr. Kelly helped found the Precious Blood Ministry of Reconciliation (PBMR) in Chicago’s Back of the Yards neighborhood. He now serves as the executive director of the PBMR, which is thriving in its original location. Fr. Kelly is a nationally renowned expert in reconciliation, restorative justice and jail/detention ministry, and speaks and writes extensively about those issues.

Fr. Kelly, along with the Missionaries’ other 2022 jubilarians, was honored at a Mass at St. Charles Center on July 1, the Feast of the Precious Blood.