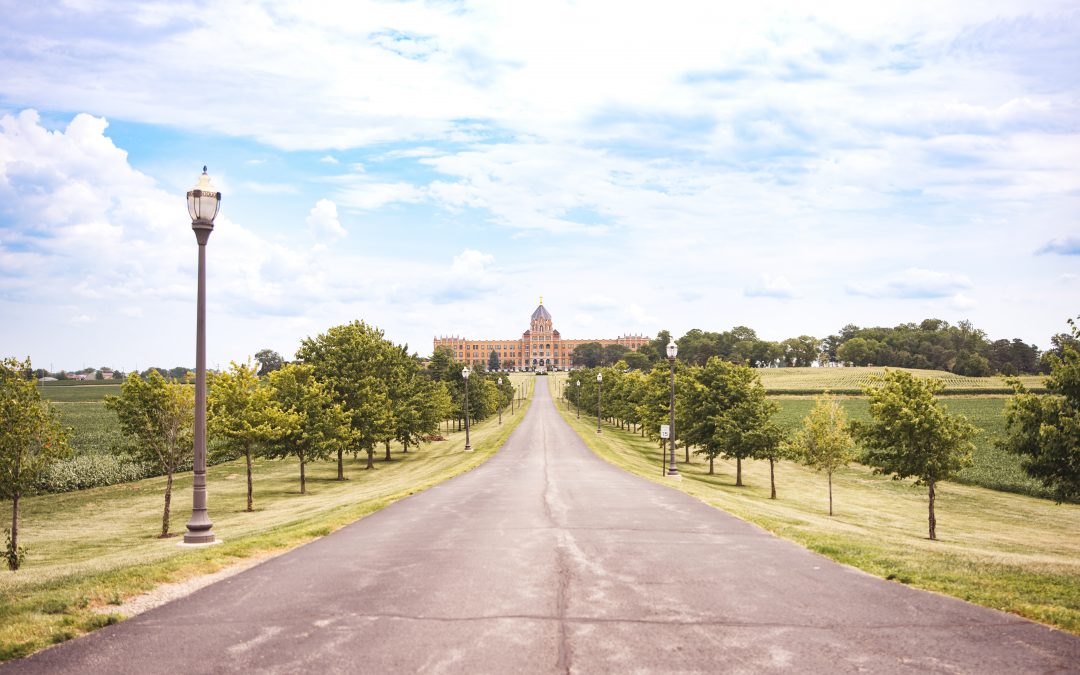 I came to St. Charles Center in Carthagena, Ohio, in June 2021, having undergone foot surgery from which I would need some time, specialized care and physical therapy to recover. I moved temporarily into a room in the infirmary, where mainly retired Missionaries receive medical care.

I was planning to stay in the infirmary for six weeks and then return to Chicago to resume my ministry there. During the fifth week of my stay, complications arose, and I’ve been here at St. Charles for well over a year now. I’ve had four surgeries, the most recent one on August 1. I haven’t walked in over a year and won’t begin to place any weight on my right foot for at least another eight weeks after this latest surgery. I’m hoping to be able to resume full-time ministry sometime after that.

Many years ago, I dreaded the thought of moving into St. Charles Center. Having lived at St. Charles for over a year now, I must say that those fears were unwarranted. I have been welcomed by the local community and made new friends among the lay residents. I also learned that many of them refer to the place as “the castle.” Fellow Missionaries help me with my tray in the dining room and with a drink in the community room.

My own family has visited me more often here than in any other place where I’ve lived in the community, and in many ways, we, too, have grown closer to one another.

In mid-June, many of us traveled from St. Charles to Indianapolis to celebrate the birth of the United States Province of the Missionaries of the Precious Blood. A number of retired members who a year ago had not intended to go to the assembly had a change of heart, and we were all blessed by our time together.

On July 1, as the Community celebrated the Solemnity of the Precious Blood, we also celebrated the jubilee anniversaries of a number of members celebrating 25, 40, 50 and 60 years of priesthood. On July 8, we at St. Charles welcomed two of our brothers from Tanzania—Fr. Seraphine Lesiriam, C.PP.S., and Fr. Raymond Kaele, C.PP.S.—as they began their ministry here in the United States Province.

On August 20, we celebrated the deacon ordination of Greg Evers, C.PP.S., in St. Charles’ Assumption Chapel. I’ve been his director for the past four years and have been blessed to see how God has been at work in his life. Missionaries at St. Charles enthusiastically joined in the celebration.

In the 13 months that I have been at St. Charles Center, I’ve been blessed by the renewed friendships, and by the constant care of members, staff and residents. While I’m anxious to get back to full time ministry, I do not regret my time here. My time of recovery here helped me see the bond of charity that binds all Missionaries truly lived out. The people who make up this local community have helped me endure many trials and tribulations as I struggle to recover from the injury to my foot, and for that I will be forever grateful.