“Could This Be Me Someday?” 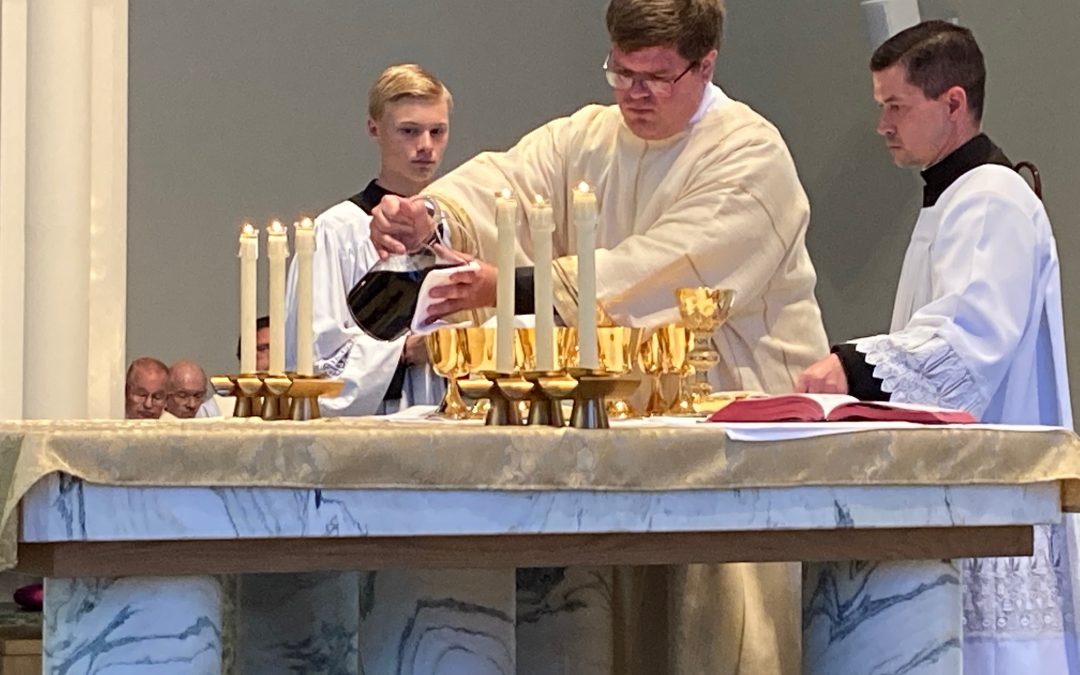 This article was originally published in the quarterly magazine of the Religious Formation Conference and is reprinted with permission.

When we reach certain milestones in our lives and careers, I have found that reflecting on the journey made thus far to be a good practice. Right now, I am still in the midst of a number of transitions as I begin my temporary time as a transitional deacon in service to God’s Church.

Moving to my first assignment as an ordained minister at St. James the Less Church in Columbus, getting introduced to staff members, the members of the Congregation I serve, and adjusting to a new house and community life outside of the house of formation are only some of the transitions I am working through.

Change and transition can be difficult things to experience. As I reflect on the journey I have made thus far, I can see that there have been many transitions along the way that have helped to shape me into the person I am today.

I remember the first ordination I was invited to as a discerner. One of the brothers saw me enter the chapel, grabbed me by my sleeve and said, “You’re coming with brother.” He took me to the side of the sanctuary and sat me in the back pew, behind where the priests would be seated.

I had a unique view from that perspective, being so close to where the action was taking place. I remember thinking to myself afterwards, “Could this be me someday?”

The last part of the retreat was dedicated to talking about the different components of the formation program. I remember thinking to myself how daunting and seemingly impossible it might be for me to make it through. Despite all of that, I still felt drawn to give religious life a try.

About two years later I would officially move into our Community’s house of formation in the big city of Chicago. Fast forward to eight years later…

In the days leading up to my deacon ordination, I would be lying if I said that I wasn’t anxious or nervous. There were a couple of nights where sleep was hard to come by. Thinking back on that time now, I think that fear was rooted in the thought that I would suddenly become a totally different person after the ordination. That I would not recognize myself afterwards. 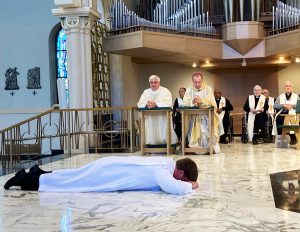 During the ordination there is a point in the ritual where the candidate lies prostrate on the floor as the congregation sings the litany of saints. I had heard stories from several members of my religious community about the different experiences they had at their ordination while lying on the floor. I was half expecting to have some kind of out-of-body experience based on their stories.

As I think back on that moment, I remember giving myself a “mental pat down,” for lack of a better term, just to make sure that I was still in one piece and not experiencing it from a different place. Once I got past that mental hurdle, I was able to enter into a more prayerful space.

I remember towards the end of the litany of saints that I prayed that God would help me to be faithful. Faithful not only to the Church, but also to the people of God and that I may become more fully the person God has called me to be. After that all the nerves faded away and I was able to experience the rest of the Mass in the present moment as me.

Thinking back on all of this, I can’t say there was a single point where I became absolutely certain that this is the path for me. It has been more of a gradual process of growing and living into my role as a Missionary of the Precious Blood, and now as a transitional deacon in a parochial setting.

I imagine it will be much the same as I prepare for priestly ordination over the course of this coming year. In the midst of all of this, the one thing I can be certain of is that God is already there waiting for me and is also here with me now.

If I could visit my younger self who questioned whether I could do this or could I see myself in this role as an ordained minister, my answer would be “Yes. This is you someday. And don’t worry. You will learn and you will grow into this. Just be who you are and take one step at a time. God will show you the next one to take.”