Missionaries of Mercy Travel to Rome 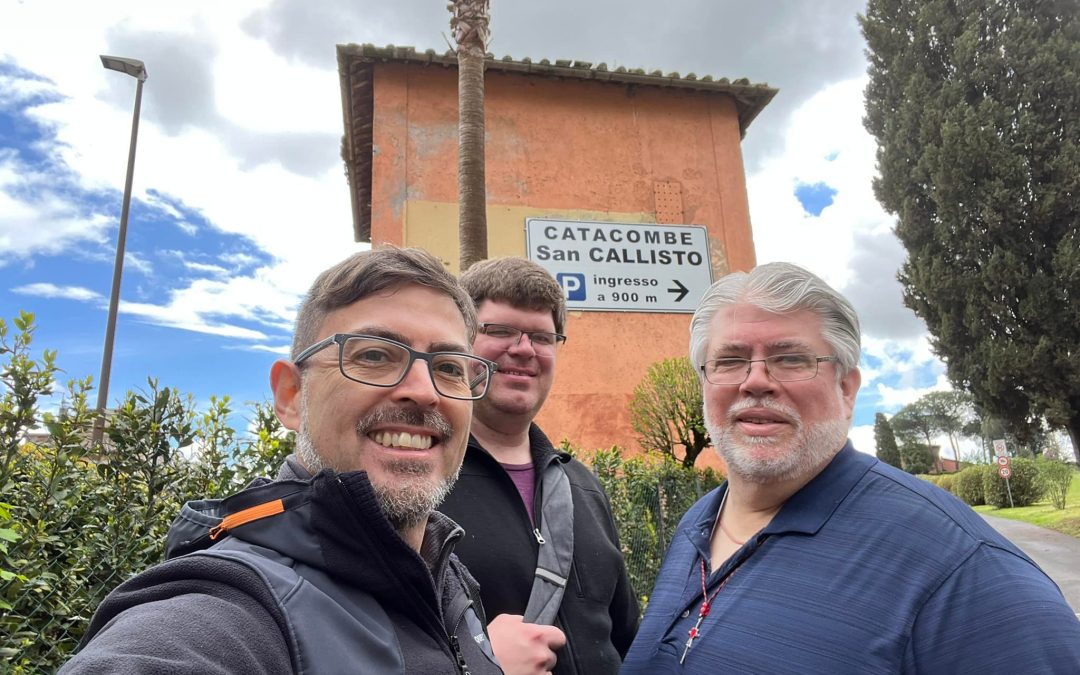 In one sense, all Missionaries of the Precious Blood, just by the nature of their charism, are missionaries of mercy. But in 2016, Pope Francis opened the door to priests becoming a Missionary of Mercy, taking on a special role in the Church. And now, that opportunity has been extended to even more priests who are nominated by their religious superior for this role.

Those original Missionaries of Mercy were recommissioned in 2018, if they wished to retain the title and its faculties. Now, Pope Francis has extended the role—and is allowing other priests to join their ranks.

“When he addressed us in 2018, after he’d made the decision to extend the faculty into perpetuity, he told us that we are ambassadors for Christ. That’s the image that Francis uses when he describes a Missionary of Mercy. And that’s what Missionaries of the Precious Blood are,” Fr. Dos Santos said. “There’s a natural connection to who we already are as Missionaries of the Precious Blood.”

Earlier this spring, Fr. Dos Santos was one of 400 Missionaries of Mercy to attend a meeting in Rome. “One of the things that was emphasized was to use the faculty abundantly,” he said. “We are to be like the father of the Prodigal Son, and forgive abundantly.”

As a Missionary of Mercy, Fr. Steve said he tries to bring a compassionate attitude with him into the confessional. “It can be as simple as reminding yourself to smile in the confessional,” he said. “I try to sound happy when I say the words of absolution—in the hopes that even those who are on the other side of a screen can hear the happiness in my voice.”

He enters gladly into the role of confessor, and especially as a Missionary of Mercy. “This program of Pope Francis ties in with our Congregation’s spirituality and our charism in a very specific way, in a very specific time,” he said. “It’s a natural fit for who we are and what Pope Francis wants all priests to be. It’s about preaching mercy, being a witness to the mercy of God, hearing confessions and celebrating God’s mercy abundantly—that’s who we are.”