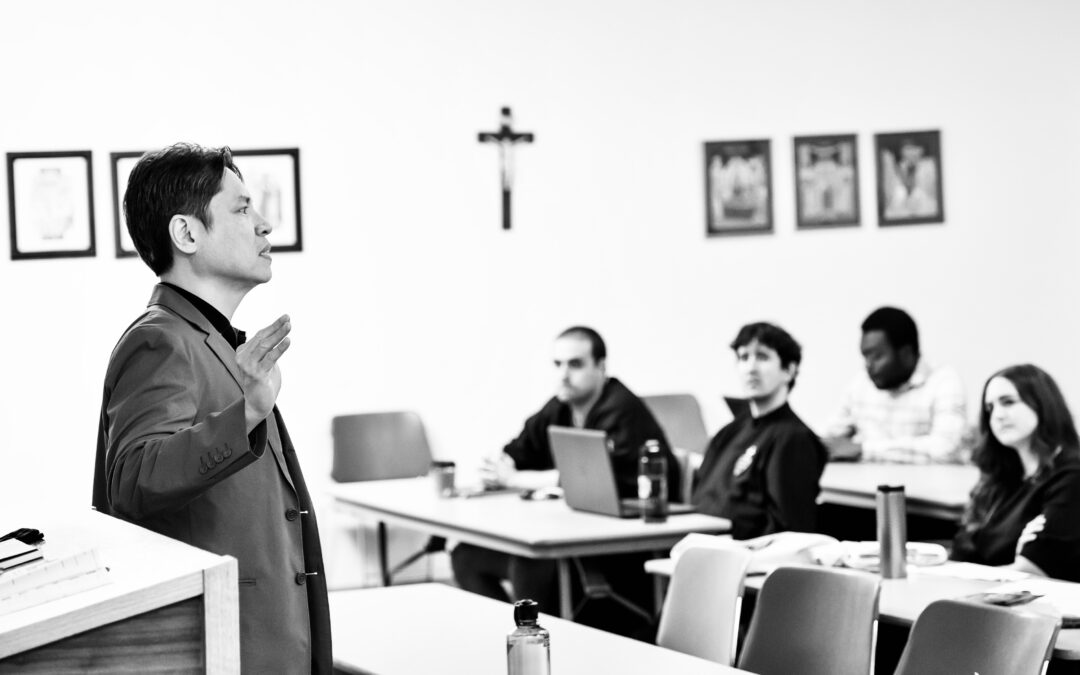 Br. Antonio Sison, C.PP.S., has been appointed Vatican Council II Chair in Theology and promoted to professor of systematic theology at Catholic Theological Union (CTU) in Chicago, where he has been a faculty member for 15 years.

“I’m grateful and humbled,” said Br. Antonio. “Vatican II is central to the mission of CTU. There are many ways to see and interpret the work of the council—this appointment is a recognition that my past and existing work exemplifies the Vatican Council II in some way. It also brings with it a responsibility to continue to explore ways that CTU can carry on the spirit of the council.”

For Br. Antonio, that means continuing his ministry of doing theology beyond borders, teaching about the Reign of God while paying attention to the experiences of people from marginalized cultures, and helping CTU students appreciate and respect contexts outside of their own. “Vatican II was such a place marker for the Catholic Church. It changed the way we understand ourselves as Church and the way we do ministry,” he said. “I remind myself that I was put in this new position for who I am, so that I continue to reach out beyond borders, to do theology not just in an academic setting but also for the wider Church.”

Br. Antonio holds on to his affinity for scholars and students from developing countries, because he once struggled himself to get through classes and support himself through a long academic pursuit.

“I wasn’t born a theologian,” he said. “When I was doing my MA in theology (in Manila, where he was born), I was a student like any other student. I couldn’t afford theological books because such books are imported from the U.S. and Europe, and they are expensive. Sometimes we photocopied books.

“Sometimes I would find myself walking through flooded streets at night, in monsoon season in Manila. I wasn’t by any means poor, and Manila, for all its contradictions, is a modern city, but still, things were not ideal. What we have here in the U.S., we often take for granted. But I never made an excuse because my situation was not ideal. In season or out of season, I showed up to study, to do research, and to write. 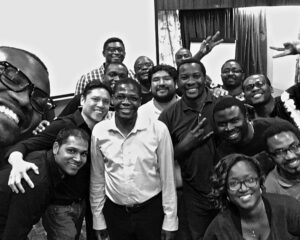 “So today, when I write something like The Art of Indigenous Inculturation: Grace on the Edge of Genius, my latest book, I also have in mind that scholar on the other shore. I know that situation. I know how challenging their academic life can be. And that is why Orbis Books was my first option because it is a mission-oriented publisher with distribution in the Global South.”

Being named a full professor is an honor but it is first of all about service. “I’m grateful for my Precious Blood spirituality, which keeps me grounded. As a community, it is not ambition that drives us to do what we do. For us, it’s the journey that matters.”

There has been only one other CTU professor to hold the Vatican II Chair, and that was Fr. Robert Schreiter, C.PP.S., who retired from his longtime position at CTU shortly before his death in June. Fr. Schreiter, who was a friend and mentor to Br. Antonio, was still alive when CTU made its decision on his replacement.

Fr. Schreiter is a “revered figure at CTU, so you would think he had some kind of pull or big voice” in who would be named the next Vatican II Chair, Br. Antonio said.

“But actually, it was not that way. His reaction to the announcement was, ‘I’m happy, and I had nothing to do with it.’ That may sound strange, but he was really letting me know that I’d received the appointment on the basis of my own hard work. And that’s what made him a good mentor. A mentor doesn’t hand anything to you—you have to find your own voice.”

Br. Antonio, whose promotion will be celebrated at CTU in March, has found his voice. “This (his intercultural ministry of teaching, scholarship and theological formation) is my way of loving God. It’s very personal. God gives all of us certain gifts,” he said. “One small way in which I can express my love and gratitude to God is to share my gifts in this mission field.”